Cuntos! It’s been so long again. I fucking hate the English language and I hate forcing myself to write so you should understand why this post is going to be shit.

I was in Rotterdam for 2 days at the weekend and I’m now back in England and glad for it. I’m closing in on 10 months without a drink. Over 9 months of a run streak. Still a bit of a fat bastard but other than that life is OK. I’m still a slave to my impulses when it comes to shit food. I’m growing weary of all diets. I think I should just shut the fuck up and be glad I have money for food.

On Thursday I was getting a train back into Rotterdam and I got off several stops early. I’d spent all day dreading my run later than evening. Running in a new city makes me nervous and I hate just doing a shitty lap town centre, especially if the pavement is full of slow moving shoppers.

My new Fenix 3 watch has a Go To feature which uses the inbuilt compass to show you the directions in real time to a Saved Location. I had my hotel saved so I decided to run back for a laugh. 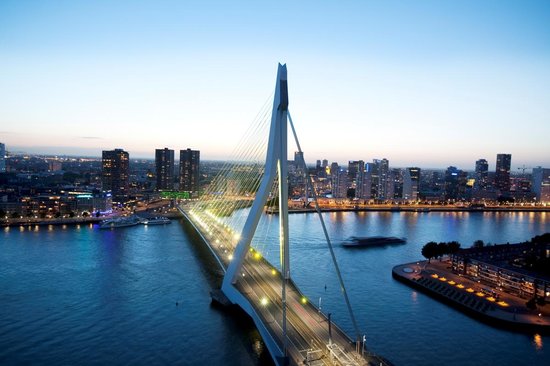 How hard could it be?

Easy apart from the bastard roads.

I have this shitty thing where I hate stopping during a run, especially at a road. I had to stop on Thursday as I was running over main roads on the outskirts of Rotterdam. In the past I’ve always reset my watch when I stop. I considered stopping for a minute defeat.

It’s fucking stupid. So I just kept my watch running and stood there for about 2 minutes waiting on the green signal to appear. All the time I was sweating like a rapist and trying to stop myself from giving all of the rush-hour drivers the fucking fingers.

I made it back to the hotel in one piece and it was exciting as I thought I was honestly get someone killed at one point.